The Panama Canal vs. The Suez Canal

The Panama Canal vs. The Suez Canal 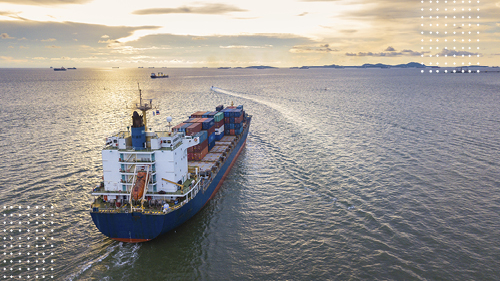 The Panama Canal and Suez Canal are longtime rivals within the container shipping industry as both canals support the flow of global trade by shortening historical trade routes. Container ships have continued to grow in size and the canals noticed the need for expansion projects in order to keep pace with the industry. Below we compare the two canals’ history, expansion projects, individual market share and future.

History of the Canals

The original Suez Canal opened almost 150 years ago linking the Mediterranean Sea with the Red Sea. The canal took almost ten years to dredge and was opened for navigation in 1869. Vessels were then able to bypass the long route around the southern tip of Africa by transiting the 101-mile Egyptian waterway. In 1904, the United States resumed construction on the canal. While building the canal a total of 5,609 lives were lost due to accidents, malaria or yellow fever. Finally in 1914, the project was complete and the canal was opened connecting the Atlantic and Pacific oceans. The Panama Canal expansion project started in 2007 and was completed in 2016. A new, third set of locks created an additional lane to accommodate larger container ships. After the completion of the project, the canal can now handle 13,000 TEU capacity vessels, more than two times its previous capacity.

The Suez Canal Authority recognized it would need to compete with the expanding Panama Canal. Therefore, the canal authority announced its plan in August 2014 to deepen the canal and create a new 45-mile parallel lane to enable two-way traffic.

Previously, the Suez Canal only permitted one-way convoys which created delays for ships moving through the waterway. The expansion project shortened the transit time from eighteen hours to eleven hours. The wait time to transit the canal also dropped from about eleven hours to around three hours.

The Future of the Canals

At the conclusion of the Panama Canal expansion, ultra large mega-ships (capacity of 14,501 TEU and higher) will not be able to transit the canal. Therefore, the Panama Canal Authority is contemplating yet another expansion project which would allow the canal to handle vessels as large as 20,000 TEUs.

Both the Panama Canal and the Suez Canal will likely continue expansion projects into the foreseeable future as mega-vessels continue to be introduced on carrier service strings. The anticipated construction of vessels with capacity of 20,000 TEUs will continue to affect the canals and industry as a whole.

Not only will the canals be forced to accommodate the introduction of these ultra large mega-ships but they will also have a significant impact on infrastructure and terminal berthing around the world.